I was finishing up an assignment for my Global Economic Issues class. It was an open-ended assignment on which problem I would like to work on if I got assigned to solve one problem in poor/developing countries. Naturally, for me, it must be medical-related issues.

I decided to explore vaccination program in sub-Saharan countries, and I set my eyes on polio eradication program. Let’s not bore everyone here with what polio virus is, but let’s keep in mind that the genome (DNA) of polio virus without its whole viral structure is capable to make you really sick. For those who have learned microbiology, polio virus belongs to class IV in Baltimore Classification, a single-stranded positive-sense RNA virus, +ssRNA, hence its genome is contagious because it reads directly as mRNA by cell translation machinery.

And polio virus, though being really dangerous because it can cause paralysis, majority that have contracted it won’t show symptom (termed as asymptomatic). That’s one good thing, because not all people that got polio virus running in their blood will be really sick, but that’s also one bad thing. Why? It makes surveillance hard. How you propose we find and eliminate virus that doesn’t mount disease? 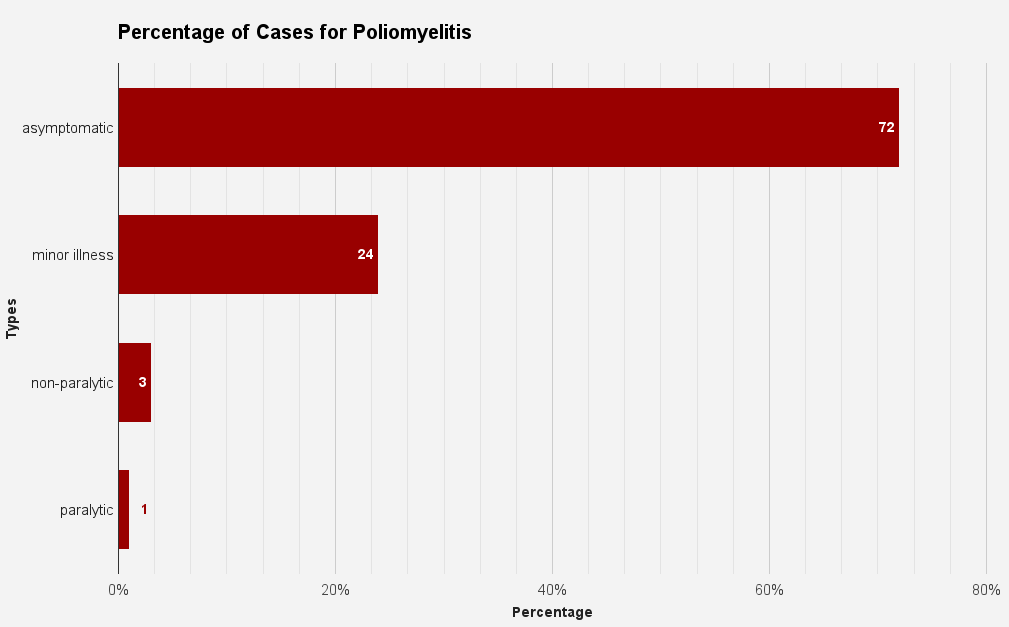 Worse, we have no cure (antiviral drug) for polio infection. We cannot make it go away after it steps up its game. Best we could do is to lessen the pain with antibiotic (against bacterial infections), and analgesic (to make the pain suck less). 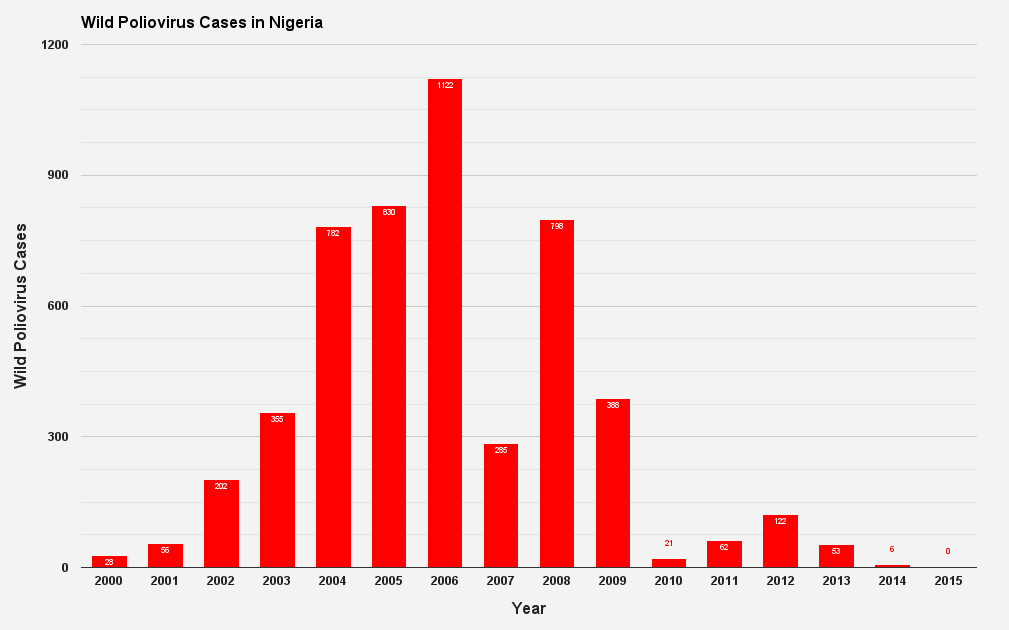 Nigeria had no reported cases of polio infection in 2015, and nothing so far in 2016. This is good, and it means 2 things. First, Nigeria is among the sub-Saharan poorest countries. Delivering vaccines for polio to eradicate polio marked another milestone by having no cases in one of the difficult region in the world to reach and provide basic healthcare service. Second, it means that we (the scientific community) have achieved scientific glory because we came up with ideas on how to provide strategies for polio vaccination, cheaper and accessible.

However, polio-free doesn’t mean we can pack up and go home and do nothing. Remember that surveillance for polio virus is hard because most that contracted it won’t show symptom. If we start neglecting the effort to totally eradicate polio, it will bite us back again, hard.

And history says it did. Back in 2003 in northern Nigeria, 3 states (Kano, Zamfara, and Kaduna region) had boycotted against polio immunization campaign. I don’t want to imply direct correlation between boycott and polio outbreak, but we saw a surge of cases after 2003. Why they boycotted immunization program? Because rumors had spread that polio vaccines had been rigged with anti-fertility drugs and viruses that were known to cause HIV/AIDS.

That issue was solved. It was a tough one when the local community didn’t place trust on healthcare provider. The burden and responsible to educate is upon the educated ones, and it is a long, ongoing process without an apparent stop.

the problem with vaccines 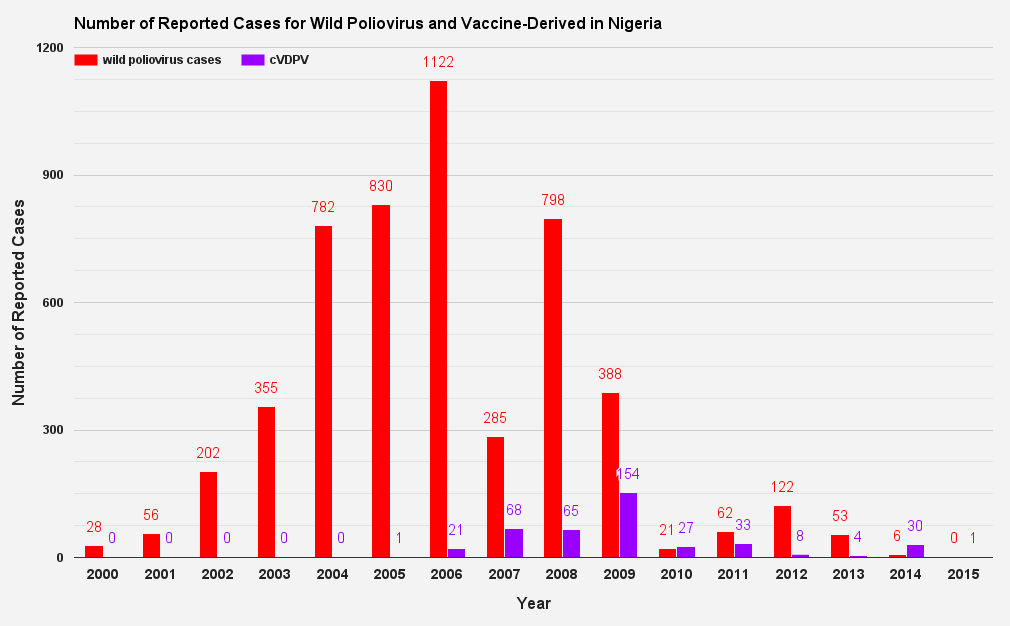 Taming polio virus in the wild is challenging. And just like any superhero movie, there is also an inside threat we have to consider. The chart above is the same that I presented you before, but now with another data being visualized: vaccine-derived polioviruses, cVDPV.

There are 2 types of polio vaccines that can be administered.

Inactivated polio vaccine (IPV), developed in 1955 by Dr. Jonas Salk. IPV is also known as Salk Vaccine, FYI. How does IPV work? Take this analogy for example: you killed a person and there is the corpse. Now you can use the corpse to jump-scare someone, but it carries no risk of the corpse hitting you and anyone for revenge, because it is already a corpse. That’s IPV. However, IPV cannot mount full antibody response, thus our body is like half-ready against polio. If you received IPV, and you contracted wild polio, the wild one might be able to do real damage.

To make IPV effective, routine immunization must be followed.

Another type of polio vaccine is oral polio vaccine (OPV), developed in 1961 by Dr. Albert Sabin. (As you might have guessed, yes we also call it Sabin vaccine.) OPV is produced through the process of attenuating the destructive power polio virus carries, making it limp and weak, bears virtually no harm to human. It is like you keep a serial killer inside a prison, and you mount all kind of security system to contain him. That’s what our antibody does to OPV. Compared to IPV, OPV can mount greater immune response against polio virus, and in the event of wild polio outbreak, OPV provides better immunity.

But, OPV is alive, and can be cunning sometimes. It can trigger infection that might result into paralysis (worst case scenario), or it can start a new chain of viable polio virus as potent as the wild ones. OPV comes at a risk, but the risk is small. Number says we might see 1 case in every 2.7 million first doses of OPV can trigger paralysis, and this is due of immune deficiency.

The risk is daunting, but the benefit is large. OPV is easy to administer. One drop into the mouth, you are good. IPV? You need injection. What does this mean? Well, you don’t have to be trained to put a drop of OPV in someone’s mouth, but handling needles and syringes? And OPV is relatively cheaper than IPV.

I don’t know. This is hard. Total eradication of polio is hard. It has been an ongoing effort since 1988, an effort initiated by World Health Organization and supported by various organizations around the world.

There might be follow-up article(s) for this, and I will consider translating this into Malay language soon.